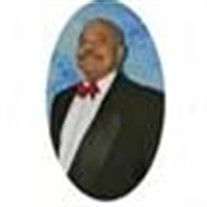 William Spencer Callion, Jr. William Spencer "Bill" Callion, Jr. transitioned on Saturday, February 2, 2019 at Stamford Hospital surrounded by his family. He was born on December 14, 1945 in Madison, Arkansas to Williams S. Callion, Sr. and Myrtle Banks Callion. He was married to Melvina Burris Callion of Stamford, CT. Deacon Callion completed his Bachelor of Science Degree at Southern Illinois University and earned an MBA Degree from Pace University and continued his education at the Kennedy School of Harvard and Kellogg School of Northwestern University. Deacon Callion retired as the Director of the Office of Public Safety, Health and Welfare for the City of Stamford and previously for the IBM Corporation after 34 years of service, and currently served as Administrative Director of FREEDOM. Deacon Callion is known not only for his corporate/institutional work, but also for his dedicated commitment to serving the community. His legacy will be treasured by his wife Melvina Burris Callion; two sons, William S. Callion, III (Sara) and Wesley Callion; three grandchildren, Tiffany Callion, Bethany Wilkinson and Nicholas Callion, three sisters, one brother, and a host of extended family and friends. In addition to his parents, Deacon Callion was preceded in death by his daughter Melanie B. Callion. Visitation will be held on Saturday, February 9, 2019 from 9:00 a.m. – 11:00 a.m. followed by a service of celebration at 11:00 a.m. at Union Baptist Church, 805 Fairfield Ave., Stamford, CT with Rev. Dr. Robert W. Perry officiating. Interment will follow at Spring Grove Cemetery, Darien, CT. Services entrusted to Graves Medley Funeral Services.

The family of MR William S. Callion JR. created this Life Tributes page to make it easy to share your memories.

Send flowers to the Callion family.