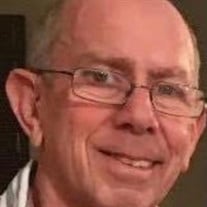 Ronald E. Heath passed away on June 25, 2021 at the age of 75. He was born in Sanford, FL on September 17, 1945 to Ronald and Mabel Eudora Allen Heath. He graduated from Pilgrim High School in Warwick, RI in 1963 and received a Bachelor of Arts degree in Education in 1968 from Alderson Broaddus College in Philippi, WV. In 1999, he received a Master of Arts degree in Educational Administration from Central Michigan University. Ronald believed that education could make a powerful difference in people’s lives and dedicated his life to it. After graduation from college, he taught Social Studies in Maryland and Vermont. Then a career change took him back to Alderson Broaddus where he embarked on a successful career as a fundraiser for six different colleges and universities. In 2007 he retired as Vice President for Advancement at Lindsey Wilson College in Columbia, KY. During more than 30 years in fund raising the programs for which he was responsible raised over $175 million. Ronald also had a servant’s heart. Wherever his career took him he was an active volunteer in the community where he lived. Among the non-profit organizations where he served on the Board and helped with their fund raising were the United Way, Big Brothers and Sisters, the YMCA, Red Cross, and Hospice, as well as all of the various churches he attended. He also served terms as President of the Kiwanis Club in Dubuque, IA and the Adair County Chamber of Commerce. In 2014, he was named “Volunteer of the Year” by the Adair County, KY Chamber of Commerce. He was preceded in death by his wife of 48 years, Virginia Meneely Heath; father, Ronald Heath; and mother, Mabel Heath. He is survived by his daughter, Kimberly Wisecup (Tim); his son, Jamie Heath (Heidi); grandchildren Katie Wisecup, Alyssa Wisecup and Clayton Heath; sisters Susan D’Elena (John) and Judy Northup; and his fiancé, Ines Wallach. A celebration of life service will be held in Florida at a date, time, and location to be determined. For those wishing to honor his memory and his strong faith, donations can be made in his name to Grace Church, 8521 Vamo Road, Sarasota, FL 34231 or to Summit on 16th United Methodist Church, 82 E. 16th Ave., Columbus, OH 43201.

Ronald E. Heath passed away on June 25, 2021 at the age of 75. He was born in Sanford, FL on September 17, 1945 to Ronald and Mabel Eudora Allen Heath. He graduated from Pilgrim High School in Warwick, RI in 1963 and received a Bachelor of... View Obituary & Service Information

The family of Ronald E. Heath created this Life Tributes page to make it easy to share your memories.

Send flowers to the Heath family.