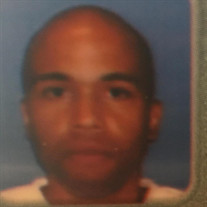 ORAN (RANDY) A. AUTREY, JR. Oran (Randy) Autrey, age 51, entered into eternal rest on Friday, April 9, 2021, in the Norwalk Hospital, Norwalk, Connecticut. Born June 17, 1969, Oran was the son of the late Oran Anderson Autrey, Sr. and the late Elizabeth Brevard Autrey. His sisters—Renee Autrey and Gretchen Autrey predeceased him. Randy attended the Norwalk Public Schools and is a graduate of Norwalk High School, Norwalk, Connecticut. Additionally, he attended Norwalk Community College, Norwalk, Connecticut for two years. Later in his adult life, he received his certification as a Physical Fitness Coach and was employed at Planet Fitness for a short time. Randy was fondly loved by his Camden, South Carolina family members and will always be remembered for the many summers and other times he spent there as a young child. As his health failed, he still had some mannerisms and habits that were unique to his personality. He often made phone calls to his special cousins and other family to inquire “What did you have for dinner?’ and without fail, always ended his conversation with: “You know I love you guys!” Those left to cherish his memory: a daughter—Ta’Lai Ananzi Autrey of Roswell, Georgia; two uncles—Eddie (Harriett) Brevard, Jr. of Camden, South Carolina, and Charles (Cheryl) Autrey of Camden, Alabama; six aunts—Willie Brevard of Norwalk, Connecticut; Sylvia Craig of Pleasant Grove, Alabama; Wilalyce Jarvis and Aree Oliver of Birmingham, Alabama; Naomi (Gilbert) Smalls of Grayson, Georgia; Margaret Alexander of Rose Hill, North Carolina; nieces, nephews, and a host of other relatives and friends. Visitation will be held Saturday April 17,2021 from 9:30 AM - 10:30AM followed by a service of celebration at 10:30AM at Graves Medley Funeral Services, 31 Stillwater Ave. Stamford, CT. Interment will follow at Norwalk Union Cemetery, Norwalk, CT.

The family of Oran A Autrey Jr. created this Life Tributes page to make it easy to share your memories.

Send flowers to the Autrey family.