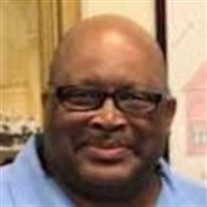 David Jerome Pate David Jerome Pate was born August 5, 1960 in Wilson County, graduated from Greene Central High school In Snow Hill NC in June 1979. All throughout his time in public school, he always had the ability to be bring laughter to the his teachers, friends, & anyone who was around. David found a love for Music at an early age. His Elementary Band Teacher Mr. Ed Morgan, introduced David to his first instrument, the Trumphet. One of his Major accomplishments while a Freshman in high school was joining the Marching Band Under the tudglage of Kenneth Ginn . He elected to play the Trumpet, & He played the trumpet like no one else could. He made the band the success that it was with his dazzling Solos. He went off to college in August 1979 to Fayetteville State University, where he majored in music under the direction of Dr. Richard Hadley. Just like high school he made an impact with the Marching band and Jazz band at the University. David also played in various Rythym & Blues Bands. Some of the bands to mention were Change Reaction, Casanovas, & Conspiracy Band. David remained at FSU for 4 years and in the Spring of 1983 he moved to New York to pursue his dream & his next adventures. While living and working in New York, David joined and became a member of Strait Gate Church. He joined the Music ministry of the Judah Choral Choir where he continued playing his trumpet, ministering to the people of God. David joined the band "A BETTER WAY", recording with them and many other groups. At the church, David met and married the mother of his 4 children Sandra Pate. David is predeceased by his father John Lee Edwards, his mother Earlene Pate Panting, his brother Michael Hart. David is survived by his 4 children, Amber Jeni Pate Kirwan (Shahadi), Fredrick Jerome Pate, Julius Britt(Florcita) Stephen Britt (fiancée Shannon). David has a sister Juvonie (Nathaniel ) a brother John Finch (Melinda) David has 8 grand children, 6 nieces and nephews. David has 4 covenant Brothers, Mal Williams, Retho Williams, George D. Hill and Elijah Servance. David is also survived by 7 aunts and two uncles as well as a host of relatives and friends. David has always been a team player. Having David on your team really made the difference between average and excellence.

David Jerome Pate David Jerome Pate was born August 5, 1960 in Wilson County, graduated from Greene Central High school In Snow Hill NC in June 1979. All throughout his time in public school, he always had the ability to be bring laughter... View Obituary & Service Information

The family of David Jerome Pate created this Life Tributes page to make it easy to share your memories.

Send flowers to the Pate family.